I used the last of my cauliflower from the garden for this vegetarian stir fry. This is perfect for low carb high fat eating without meat, people often think that to be low carb you have to eat a lot of meat, it’s simply not true, I eat mostly vegetables with some meat and some A2 dairy. 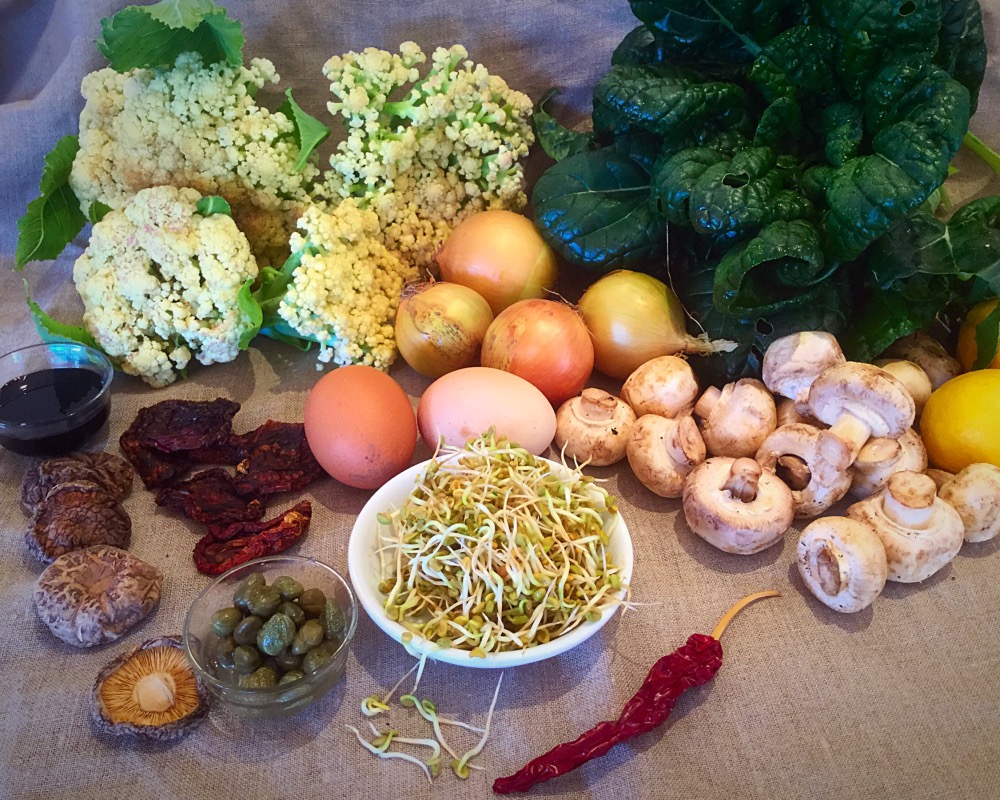 a medium head of cauliflower or as I am using the scrawny last few runts from the garden.

a large bunch of greens, anything will be fine, I am using bok choy from the garden which I have shared with my pet slugs.

2 large onions or equivalent small ones.

100 gms of mushrooms, any sort will be fine.

5 sundried tomatoes, I prefer the ones not in oil.

1 dried chilli or equivalent in flakes.

sprouted seeds for topping, I am using fenugreek.

1 small bunch of parsley or coriander for topping.

First reconstitute the dried mushrooms and the dried tomatoes in a little boiling water for about 15 minutes. The fine chopping in this dish is easy because you are going to use a food processor for it. First chop the cauliflower in to small pieces and blitz in a food processor until it looks like rice, you can use the small leaves and the stems, place in a bowl 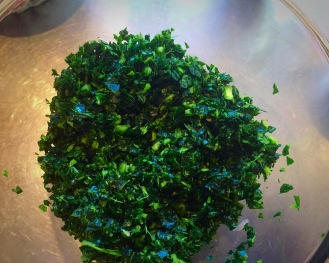 Next process the onions, the mushrooms and the greens one at a time and remove to seperate bowls. 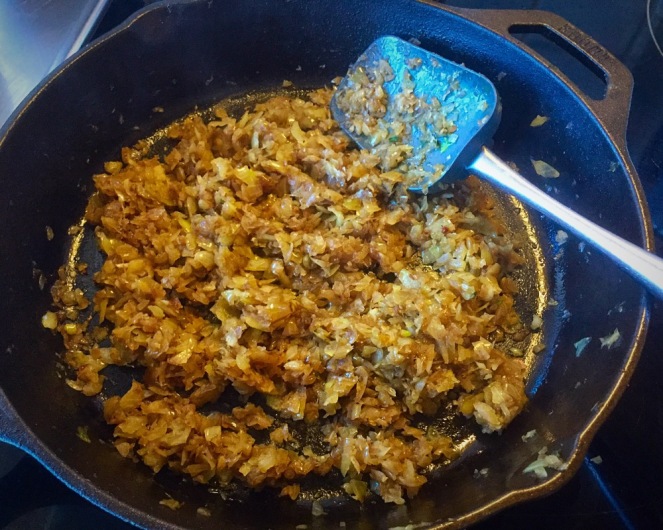 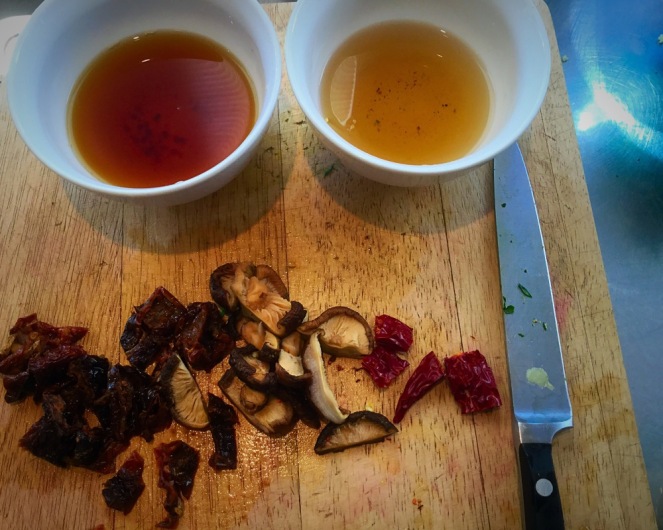 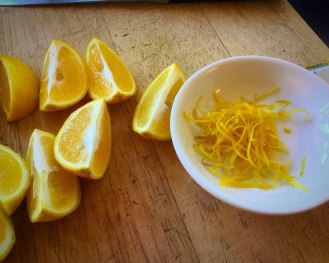 Then all of the items except the eggs go back into the frying pan.

Stir well to combine, taste and add salt and pepper to your taste. 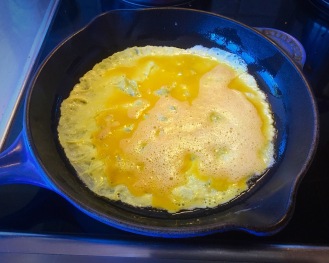 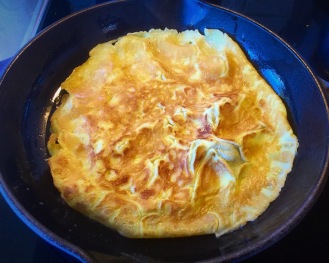 Next make the little omelettes for on top. Mix the eggs together with a little salt, heat some oil in a different frying pan and add half the egg mixture, cook on one side then flip over and cook the other side. Cook the second one in the same way then roll up into logs and slice into ribbons.

Chop the parsley or coriander and then empty the vegetables onto a platter, scatter the omelette ribbons on top followed by the sprouts and parsley or coriander, serve with the other lemon cut into wedges. This will serve 4 hungry people, 20 grams of carbs per serve.