There are no grains in this cheesy cauliflower quiche crust.  Egg whites are used to crisp up the crust and ensure a seal against the filling leaking out. The extra yolks are added to the filling to make it rich and creamy. Asparagus is in season in New Zealand so I like to use it in everything for the short 2 months of abundance.

1/2 a large cauliflower or 1 small, mine is huge so I will be just using half of it.

About half a kilo of asparagus. 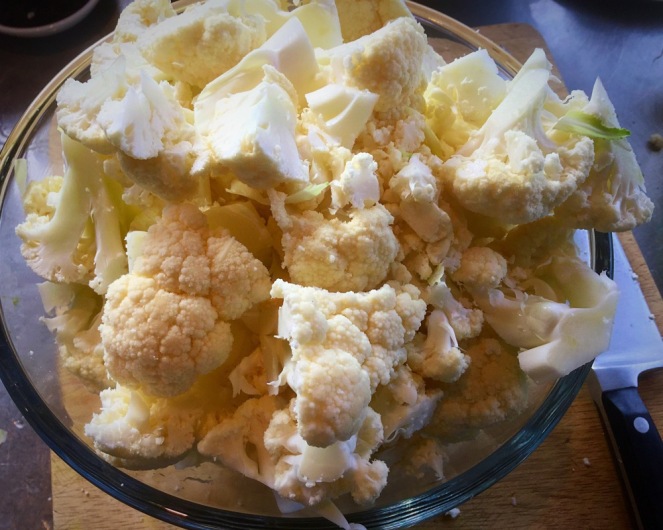 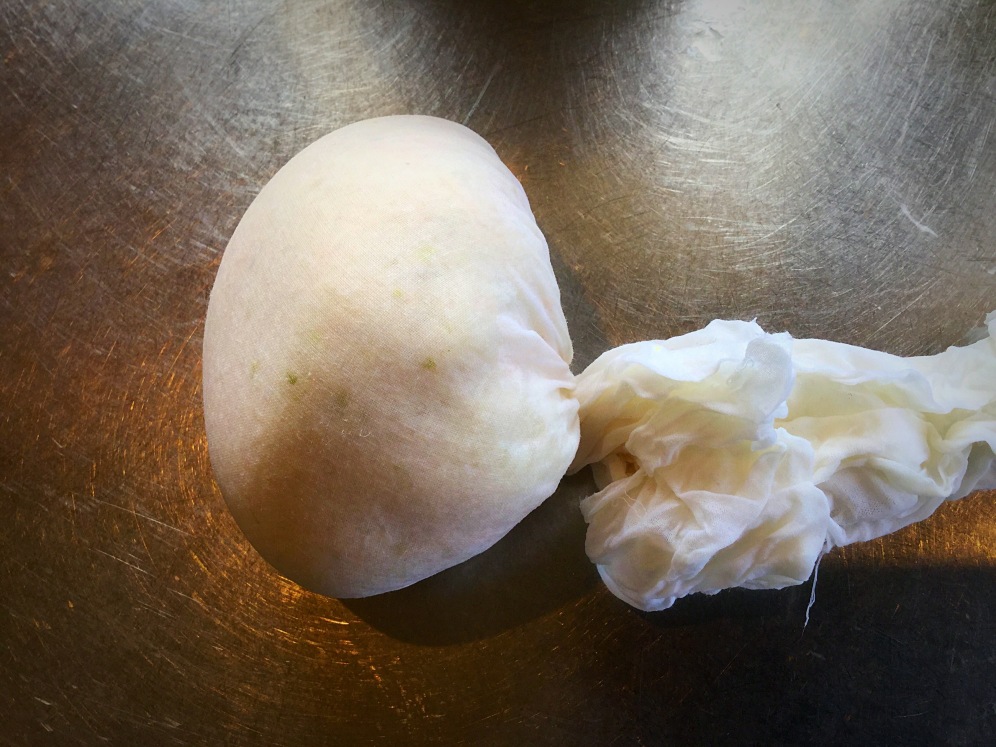 First make the cauliflower crumb for the crust. Roughly chop the cauliflower into chunks, you can use the stalk too, blitz a few at a time in a food processor until it looks like rice. Next transfer to a saucepan, add boiling water and simmer for five minutes, then leave it to cool. Empty onto a clean muslin cloth or tea towel and squeeze as much water out as you can. Its important to get it as dry as you can. 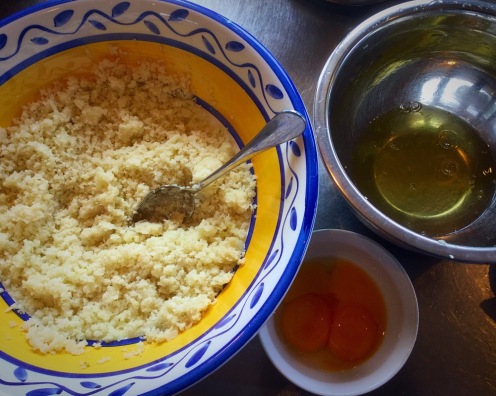 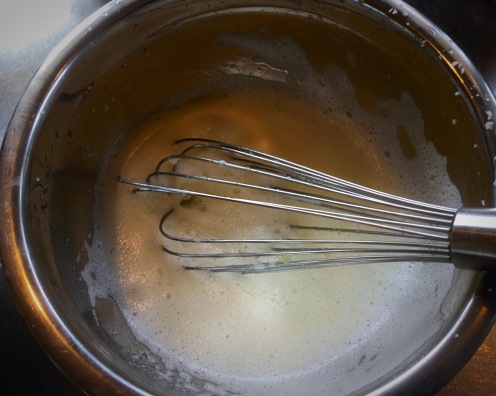 Empty the cauliflower into a large bowl, seperate 3 of the eggs and lightly whisk the whites.

Add the egg whites to the cauliflower plus half the grated cheddar cheese and the sesame seeds if you are using them plus 1/4 teaspoon of salt and mix. 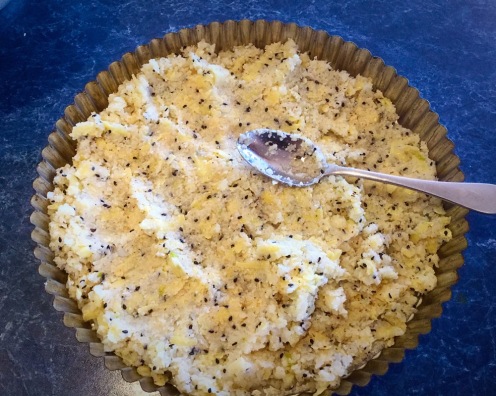 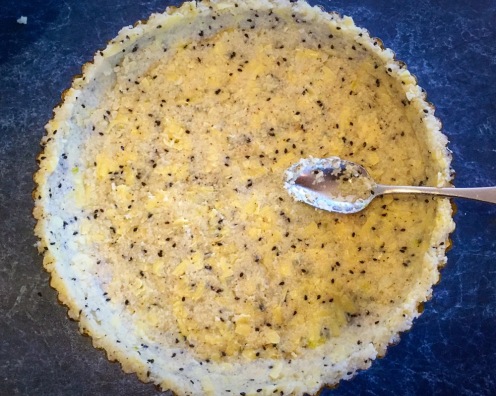 Empty the mixture into a large metal quiche tin, best to use metal as that’s how you get a crispy crust. The size of the tin is not crucial you will get a deeper quiche with a smaller tin but will need to bake it for 5 or 10 minutes longer to make sure it is cooked through. Use the back of a spoon to spread the mixture out over the base and up the sides of the tin. Its important to press firmly as you need to make a tight seal so the filling does not leak out. 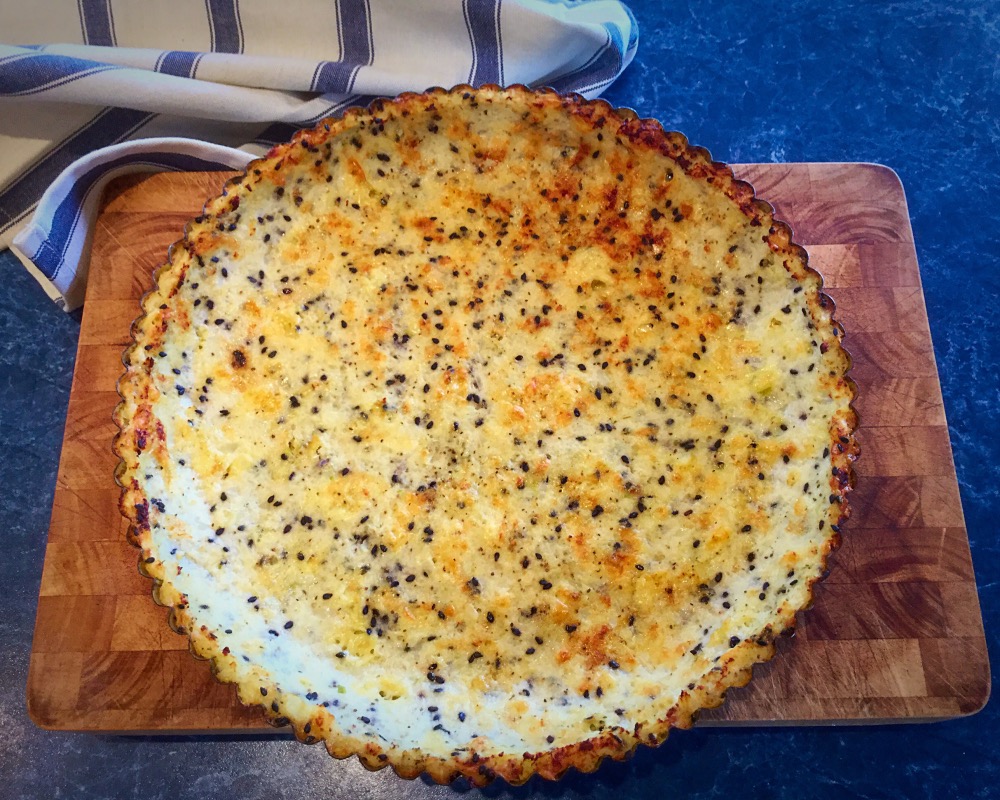 Bake at 180c fan for 15 minutes until golden and crispy.

While the crust is baking prepare the fillings, clean and slice the leeks then fry in coconut oil until soft but not browned, about 15 minutes. 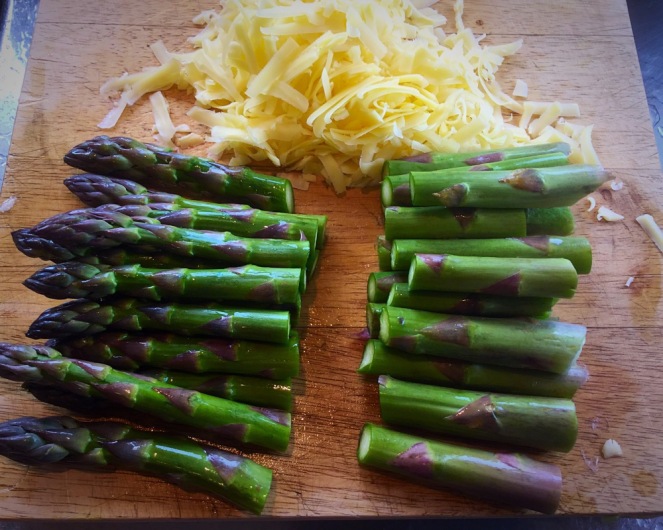 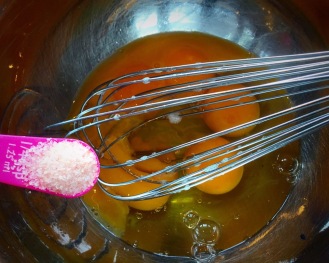 You will only need the top half of the asparagus save the bottoms for something else, I like to use them in soup. Add the 3 remaining eggs to the 3 yolks left from the crust, add the cream, 1/2 teaspoon of salt and whisk lightly. 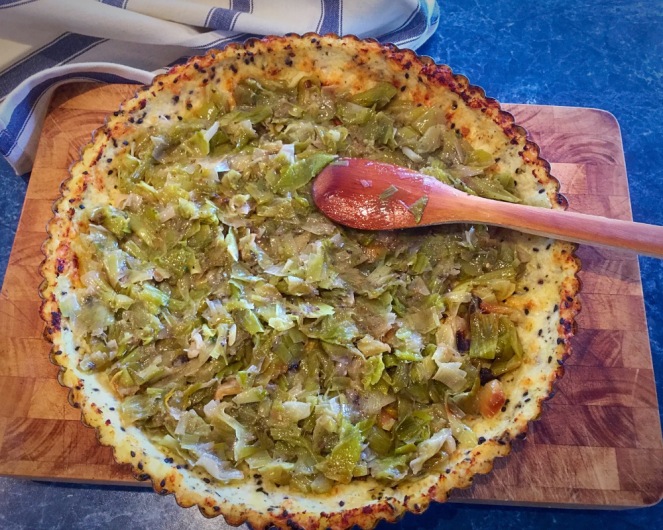 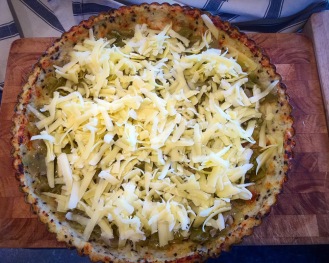 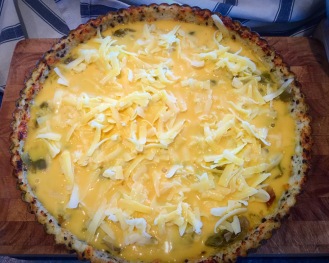 Now construct the quiche, first spread the leeks over the crust, sprinkle on the remaining grated cheddar cheese and pour over the egg mixture.

Artistically arrange the asparagus on top and sprinkle with the parmesan, not really necessary but more cheese is more cheese.

Bake for 20 minutes, longer if you are using a small tin, until the filling is set and the top is golden.

I like to serve this quiche with a crispy coleslaw salad.